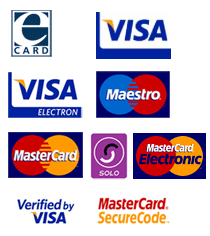 With a population of over 2 million, Warsaw, the capital city of Poland, has been chosen among the top cities in Europe to lead the 21st century in investment and business opportunities. An extraordinary city with a rich culture and heritage, it's also the perfect place for a Hard Rock Cafe.

The Hard Rock Cafe Warsaw is one of the largest places in the city, close to 900 sq. meters on 2 levels with entrances from Emilii Plater as well as the newly built restaurant plaza (next to Zlote Tarasy). Focusing on serving great American cuisine in an atmosphere of adrenalin pumping rock n' roll, the Hard Rock Cafe Warsaw features your favorite authentic Hard Rock merchandise and collectibles along with taste-tempting cocktails and authentic rock memorabilia from Poland's leading musicians and rock's most prolific stars.